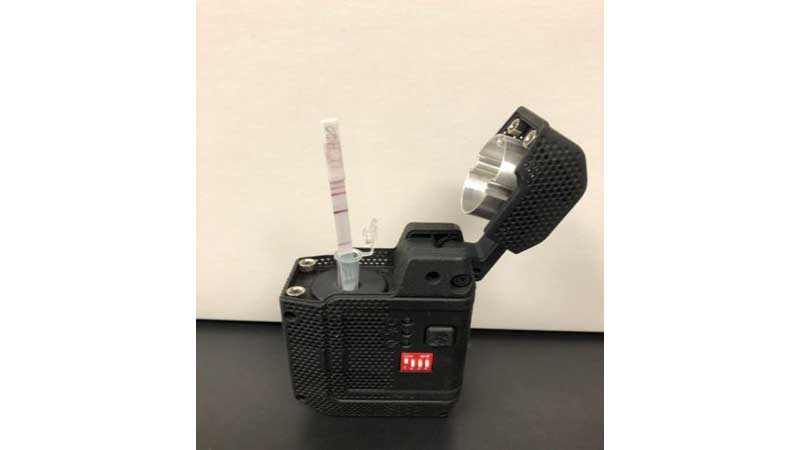 ID Genomics (IDG), a Seattle-based company, has invented a dipstick-based, rapid test for simultaneous identification of a large number of genetic variants of SARS-CoV-2 and has just received a National Institutes of Health (NIH) grant to expedite bringing this test to market.

The test will 'fingerprint' at once all currently known COVID-19 variants of concern or interest, including Alpha, Beta, Gamma, Delta, Delta-plus, Epsilon, Lambda, etc, and offers the potential to detect the emergence of novel variants. The entire test not only can be accomplished in 2 hours, but also will not require expensive instrumentation, and can be rapidly deployed across epidemiological surveillance labs globally.

"The recent explosive rise in various SARS-CoV-2 mutants, especially those with changes in the Spike protein – the main target of vaccines – is of very significant concern due to the ability of the mutated variants to escape protective antibodies, becoming more transmissible and/or virulent," said the Principal Investigator Evgeni Sokurenko, MD, PhD, a Founder of ID Genomics, SPC, and a professor of microbiology at the University of Washington, the academic partner on the NIH grant. "Rapid and comprehensive detection of the current and newly emerging viral variants will be invaluable for real-time surveillance of the COVID-19 pandemic and elucidation of the risks of infection in vaccinated, convalescent, and non-immunized individuals."

ID Genomics is preparing the launch of a same-day to next-day service to identify the presence of hundreds of mutations of the COVID-19 virus in the most critical regions of the Spike protein gene, allowing identification of all known variants of current concern and numerous possible novel variants. The ID Genomics approach of targeted sequencing was validated in a multi-institutional study recently published by the Journal of Clinical Microbiology.

The rapid field-deployable test that is being developed with NIH support will detect the presence of mutations without the need for sequencing, by using multi-band dipstick DNA chromatography. The mutational profile specific to each SARS-CoV-2 variant will result in distinct band combinations and intensities that can be automatically converted to a 2D barcode and interpreted using a smartphone camera app connected to a comprehensive database of the viral fingerprints.

The rapid SARS-CoV-2 fingerprinting test will be simple and require a standard, broadly available thermocycler instrument. Moreover, for the development of the dipstick test, ID Genomics is partnering with another Seattle area-based company, IEH Laboratories, which has also developed a low-cost 1-4 sample thermocycler (Nano-CyclersTM) that will be adapted to the COVID-19 fingerprinting test.