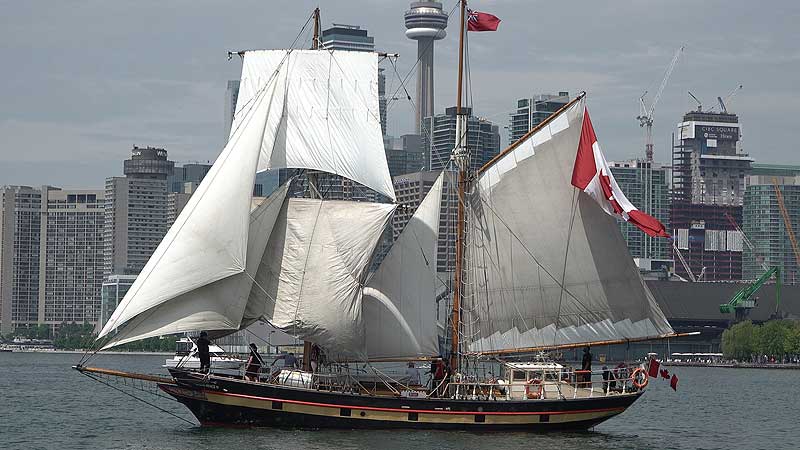 (Toronto Waterfront Festival) - St. Lawrence II is home to one of the oldest sailing-training programs in North America. She was designed specifically as vessel to teach young people how to sail by Francis A. McLachlan, an engineering professor at Queen’s University. Built at the Kingston Shipyards in 1953, she was originally used by the Royal Canadian Sea Cadets Corps St. Lawrence. Her program was eventually opened to all youth and as of today more than 20,000 teenagers have participated in her program.

St.Lawrence II has represented Kingston and Canada in countless events from Lake Huron to the north-east Atlantic seaboard. Two Toronto tall ships, Pathfinder and Playfair, were modelled after her.