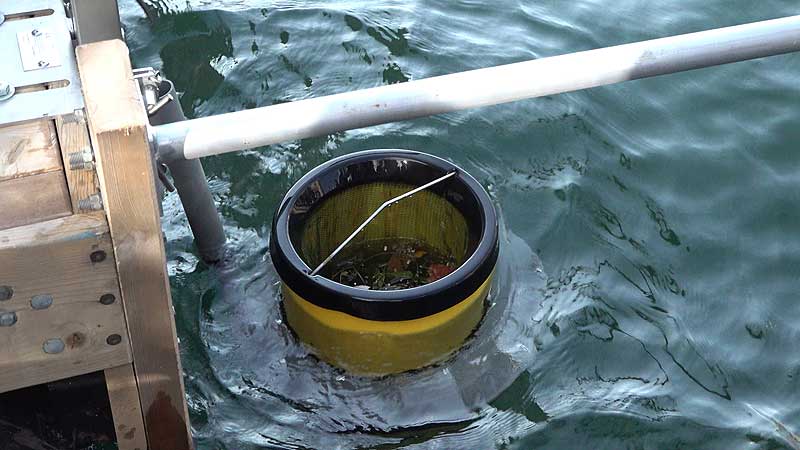 Following the success of this summer's Seabin Pilot Program at Toronto's Outer Harbour Marina, PortsToronto is launching phase two of the project in Toronto's inner harbour.

Increasing plastic production, coupled with poor waste management practices and the lack of proper recycling infrastructures, is seriously threatening the sustainability and biodiversity of Canadian lakes and waterways.

On June 25, 2019, Toronto's Outer Harbour Marina became the first commercial installation of Seabins in Canada. Seabins – invented by Australian surfers appalled at the amount of plastic pollution in the ocean – are floating trash bins that collect floating debris and micro-plastics as small as 2 millimeters, and contain a filtration pad that collects hydrocarbons like fuel and oil that can spill into waterways.

The Seabin moves up and down with the natural flow of water, collecting all floating debris. Water is sucked in from the surface and passes through a catch bag inside the Seabin, with a submersible water pump capable of displacing 25.000 LPH (liter per hour), plugged directly into 110/220V outlet. The water is then pumped back into the marina leaving litter and debris trapped in the catch bag to be disposed of properly.

Just one Seabin can collect upward of 3.9 kilograms of debris in a day, filtering as much as 1.4 metric tons of trash in one year. The OHM has undertaken a pilot project, installing three bins in specific “debris problem areas” of the marina. This strategic positioning enables the wind and the currents to push the debris directly to the Seabin.

More about the findings from Canada's first commercial installation of Seabins at the Outer Harbour Marina and what the second phase of the program has in store, including new Seabins and an exciting new partnership with the University of Toronto Trash Team, in the new NewCa.com video '2019 Seabin Project in Toronto's Inner Harbour'.
* * *