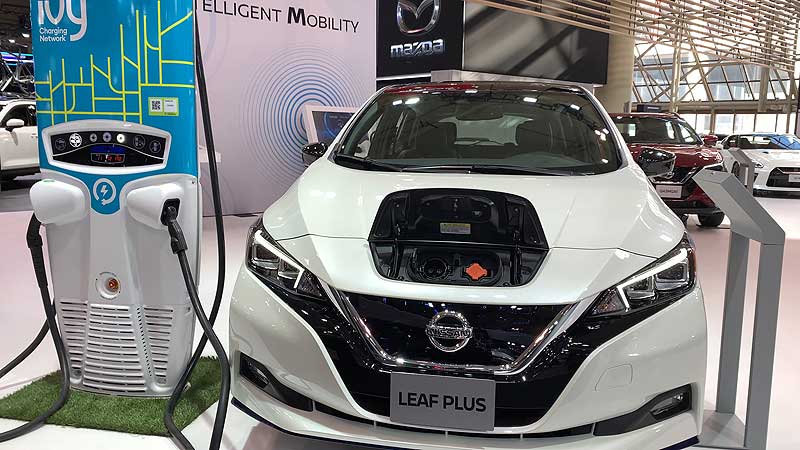 The Ivy is a new partnership of these two biggest in the province utility companies.

The Ivy Charging Network is scheduled to have 160 Level-3 fast-chargers at its 73 locations throughout southern, eastern and western Ontario.

They say the Ivy network will be an unregulated business that can provide a new revenue stream for both companies without affecting Ontario electricity rates.

Natural Resources Canada provided an $8-million repayable contribution to help build network of electric charging stations.
Greenlots, a member of the Shell Group, was selected to operate and manage this network.

Why switch to an electric vehicle?

Drivers are making the switch to electric vehicles for many reasons.

Save money on fuel and maintenance

An EV driver travelling 20,000 km per year, can save up to $2,000 per year on fuel alone, especially if you charging over-night or on weekends when the cost of electricity is normally lower.

EV drivers also save hundreds of dollars per year on maintenance because electric motors have only one moving part and do not require oil changes, coolant flushes, mufflers or exhaust systems.

Reduce emissions and other environmental benefits EV drivers in Ontario reduce their contribution to climate change and air pollution by over 90% as they are not burning fossil fuels.

An electric vehicle’s only greenhouse gas emissions come from the generation of electricity. In Ontario that electricity is generated mostly from renewable sources, making Ontario one of the most environmentally friendly places in the world to own an EV.

Ask just about any EV driver and they’ll say they vastly prefer the experience of driving and owning an electric vehicle to a traditional gas-powered vehicle. The reasons why range from superior acceleration, to how quiet they are, to the fact that they never have to be taken to a gas station and can mostly be charged at home.

Save on the purchase of an electric vehicle

Fast Charging: What is DC Fast/Level 3

The majority of EV charging happens at home, but for those days when you’re on the road and need a fast charge there are DC Fast Chargers, commonly called Level 3 chargers. Level 3 charging stations are like gas station replacements for electric cars that typically charge a battery from empty to 80% in 30–45 minutes or less.

Most Level 3 charging stations, including Ivy, are pay-per-use and bill by the minute and can charge 100 km of range in approximately 20 minutes or less.

- SOURCES: Canadian Press and Ivy Charging NetworkSAE-Combo (also called Combined Charging System or CCS) is used by most North American and European manufacturers.
- Many Asian manufacturers use the CHAdeMO standard. Ivy includes both of these standards on each charger.
- Tesla uses a proprietary standard that only Tesla vehicles can use. While Ivy stations do not use this standard, most Tesla vehicles can use Ivy chargers via an optional adapter sold by Tesla.

Ivy will be Ontario’s most expansive network of DC Fast Chargers. Find one near you and try it out soon by downloading the Ivy App on the Apple App Store and Google Play.

How to charge with Ivy

Charging on-the-go is easy with Ivy.

There are 3 easy ways to join:

Remember, only one car per station can charge at a time.

Help Ivy make every charging experience a great one.

- Don’t unplug another vehicle (that’s just not cool)
- Please move your vehicle once your charge is complete (Ivy has a lot of friends)
- Put the charging cord away once you’re done (don’t be tripping)
- Help Ivy keep the area clean and tidy (reduce, reuse, recycle)

More information about government programs, grants and intensives for business and consumers for buying electric vehicles in a new NewCa.com video.