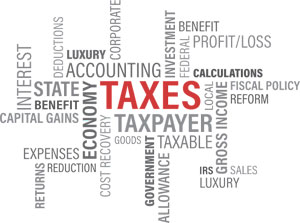 Taxing The Rich More Heavily: A Tempting Way To Pay For COVID-19 Deficits, But Unfortunately Ineffective

Now that the pandemic has pushed public spending to record levels, governments will undoubtedly be looking for more revenue to pay down some of their deficits. The temptation to ask the wealthiest taxpayers to shoulder more of the burden will be stronger than ever. But a study released today by the Centre for Productivity and Prosperity – Walter J. Somers Foundation (CPP) reveals that governments would do better to rely on other strategies to refill their coffers. "Our analysis clearly shows that the wealthiest taxpayers generally manage to elude tax increases," says Robert Gagné, CPP Director and co-author of the study. "Not only can they reduce their incomes to escape the increase, but they often do so to such an extent that they end up in a lower income class."

To carry out this analysis, the CPP researchers developed a methodology to isolate the effects of tax rate changes from other factors (economic growth, recession, etc.) that could also have an impact on tax revenue.

Able to circumvent the system
Such fiscal flexibility is unique to this class of taxpayers, since those with incomes below $100,000 do not manage to dodge tax increases, even partially. There are various reasons for this: first of all, the incomes of middle-income taxpayers generally consist of employment earnings, a fact that considerably limits their options. In short, the only way for them to reduce their incomes and escape tax increases is to cut their hours of work or to work under the table.

"On the other hand, the number of options for circumventing taxes increases as taxpayers' incomes rise and come from more sources," explains Gagné. "For instance, a professional can reduce her hours of work to shift her income to a lower tax bracket and elude a tax increase; another can take earlier retirement. The wealthiest taxpayers often also call on tax planners and use legal tax planning and avoidance methods to escape tax increases."

A debatable strategy
Yet taxing the rich more heavily was the strategy favoured by the Trudeau government in 2016 to boost its tax revenue. Following up on an election promise, the newly elected MPs brought in a middle-class tax cut; at the same time, they created a new tax bracket for the wealthiest taxpayers.

The reform, which pushed the combined federal-provincial marginal rate from 49.97% to 53.31% in Quebec, did not produce the expected results. Quebec's richest taxpayers reacted to the increase by reducing their total income by $2.7 billion to escape the additional fiscal contribution Ottawa was seeking. In the end, in Quebec, the reform led to a $1.17 billion decline in tax revenue for the federal and provincial governments and 4,711 Quebec taxpayers moved to a lower income class in an effort to reduce their total income.

Does this mean that taxing the rich more heavily is not a solution? "Not necessarily," notes Gagné. "It all depends on the tax burden taxpayers are already being asked to bear. Since Canadians, especially in Quebec, are some of the most heavily taxed people in the world, this strategy had the opposite effect to what was intended."

The CPP analysis confirms that there is a relationship between marginal tax rates and total income. In other words, when marginal tax rates are low, it is possible to increase the tax revenue from the highest-income class even by raising these rates. However, there is a threshold beyond which any additional increases in tax rates lead to reductions in tax revenue. And this threshold seems to have been exceeded in Quebec and the rest of Canada.

These findings send a clear message to politicians. At a time when public finances in Quebec and the rest of Canada have been hard hit by the pandemic, governments are inevitably going to be seeking new revenue to pay for the recovery, and there will be more popular pressure than ever to make the rich pay a greater share. "In the light of these findings, one thing is obvious: governments will have to find other ways to meet their financial needs," concludes the CPP Director.