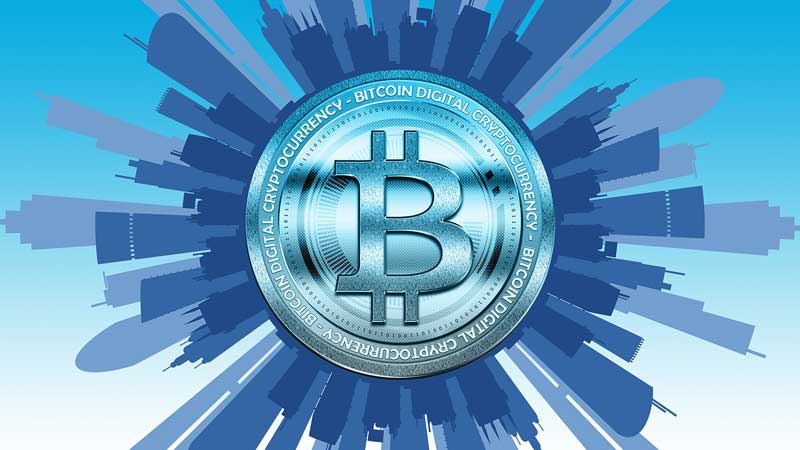 In 2020, COVID-19 has had a profound impact on the world, and the digital economy has highlighted its massive potential in the global joint response to the pandemic.

According to the estimation of a report published by Oxford Economics, the share of digital economy in global GDP will rise from 15% to around 25% by 2025. At present, in terms of the size of digital economy, the United States ranks first, China second, and Germany, Japan and the United Kingdom rank from third to fifth.

This development trend has brought "digital economy" to the spotlight on the world stage, and related topics of digital economy have become essential topics promoted in the bilateral and multilateral frameworks.

The "Digital Economy Sub-forum" of the 16th "Beijing-Tokyo Forum" was held on December 1st. Twelve experts and scholars from China and Japan discussed the possibility of cooperation between the two countries, and they also reached consensus on relevant issues during the session.

A New Topic: How will digital economy involve in social governance?

What kind of digital society are we going to build? Zhao Jiannan, Commercial Vice President and Chief Representative of North East Asia of Tencent Cloud emphasized the importance of digital economy: "Digital technology is like the 'ligament' of economic and social operation, relieving 'hard impact' through 'high resilience' and saving strength for 'V-shape rebound' of industries in the process of rapidly going through economic plights brought by the pandemic."

What role can digital technology play in supporting digital economy and even social governance?

Liu Song, Vice President of Alibaba, pointed out that digital governance is likely to become an important direction to enhance global governance capacity from the perspective of China's scientific and technological fight against the COVID-19 pandemic and economic recovery. Pluralistic co-governance based on digital technology, will become an innovative form of social and city governance. Experts at the conference largely agreed on this idea, and they believed that Asia would become an important region to conduct trials of global digitalization.

When answering how to manage data, especially in cross-border data confirmation, taxation and other common problems faced by many countries, Liu explained by sharing the wisdom of ancient water control in China. He said: "Today's data elements are very similar to the water elements. Managing data is also similar to controlling water, which should not be blocked or dispersed. Due to the diversity and variability of data elements, simple hard rules cannot be used to regulate data of liquidity."

Attended guests from both sides agreed that, the era of digital economy has already started, the digital knowledge and information has become a key factor of production and a new driving force for economic growth and social development.

As for digital economy, which may bring a new round of technological revolution, how can we project the enthusiasm of innovation and move forward orderly under regulation at the same time?

Fang Hanting, the forum host from Chinese side and vice President of Science and Technology Daily, illustrated that innovation and regulation are a pair of contradictions. Without a certain innovation process, it is impossible to have a target in mind which ones should be regulated and which ones should be eased. Conversely, if the series of risks brought by new changes are not taken into account when the innovation activities enter new phases, it will also bring many unpredictable problems. If seen from another perspective, innovation is a form of breakthrough whereas regulation protects innovation. The two elements restrain and reinforce each other at the same time.

Taking artificial intelligence technology as an example, Toshio Iwamoto, Chief Corporate Advisor of NTT DATA Corporation, proposed that data developers of AI technology need to formulate rules for the use of data, and relevant rules should be formulated to set restriction on data users. Norihiro Suzuki, executive director and Chief Technology Officer of Hitachi, suggested that the use of data requires greater wisdom to comprehensively balance personal and public interests.

Digital security was a key topic of discussion at the forum.

Tatsuya Ito, Member of the House of Representatives of Japan noted that China has made full use of digital technology during COVID-19 .

Norihiro Suzuki pointed out that different countries have different situations and we need to comprehensively consider factors such as institutions and systems to discuss related issues. He expressed his hope that Japan and China can further explore the possibility of cooperation in this regard.

Xu Zhiyu, President of Global Government Affairs of Huawei Technologies Co., Ltd., stressed that Huawei has always taken network security and user privacy protection as the highest guideline and foundation of its business. For more than 30 years, Huawei has served customers from more than 170 countries and regions and never received any request from the government to provide user information. Huawei will never risk its customers' rights or its own survival.

The guests from both sides mentioned the "Regional Comprehensive Economic Partnership Agreement (RCEP)" that had just been signed. They agreed that in the midst of the uncertainty of the digitization process, the signing of this agreement provides a rare historical opportunity for international cooperation in the field of digital technology and digital industry. The prospects of China-Japan cooperation under bilateral and even multilateral frameworks are promising.

On September 8th, 2020, China put forward the Global Data Security Initiative at an international seminar on "Seizing digital opportunities for cooperation and development". Referring to the existing information asymmetry between China and Japan to a certain extent, Fang stressed that the media of both sides should provide balanced coverage for their citizens so as to establish the foundation of mutual trust as soon as possible. "We believe that we should respect each other's digital sovereignty, build digital mutual trust under the UN framework, and implement regional integration of digital economy under multilateral frameworks such as RCEP."

A New Direction: Open cooperation to jointly create a digital future of the region

Just as a sport competition is transferred to a new arena, the new technological revolution and industrial transformation will reshape the structure of the global economy. At the forum, participants reached consensus that China and Japan, especially the industry sector of both countries, should swiftly grasp the trend and seize the opportunity. All players from two sides should not spend too much time in waiting and seeing. The call from the new technological era needs active participation and cooperation.

Taro Shimada, Executive Officer and Corporate Senior Vice President of Toshiba Co., Ltd., Japan and the head of its digital business, pointed out that maintaining world peace requires openness and exchanges. The most important thing is the exchange of scientific and technological information. He suggested that China and Japan can open wider and wider to each other and reach consensus through open and honest exchanges at the same time.

Regarding cross-language and cross-cultural information exchange, Jiang Tao, senior vice president of iFlytek Co., Ltd., noted that the cooperation scope between China and Japan in the field of artificial intelligence will be very broad. He gave an example. In October 2018, Eiken Foundation of Japan announced for the first time that it would introduce machine evaluation technology in the spoken language test and iFlytek is the only partner. Starting in 2019,. the AI automatic scoring system provided by iFlytek helps to improve the accuracy and efficiency of scoring in the practical English skills test CBT. "At present, iFlytek translators have been sold to more than 130 countries and regions, and have achieved barrier-free communication among more than 60 languages. iFlytek has become the official exclusive supplier of automatic voice conversion and translation for the Beijing 2022 Winter Olympics and Paralympics. We hope that our artificial intelligence technology can also offer help to Tokyo Olympics next year,."

Liu Song also responded to this suggestion. He proposed, "We might as well adopt the 'special zone' model in the high-tech industrial development zones and the free trade zones to continuously discuss and ultimately formulate regulations agreed by both parties."

Norihiro Suzuki noted that in the cooperation of digital development, it is also very important to share each other's social concepts and values. Both parties need to build rules for data flow on the basis of shared values and better apply them to revitalize private enterprises, thus promote the development of a digital society in the future.

The guests from both parties also discussed the inherent logic of digital currency and future regional economic integration. Hiromi Yamaoka, director of Future Co., Ltd., Japan, pointed out that Japan is willing to cooperate with China and continue to promote coordinated development of regional economy.

"While respecting the values of customers, Huawei expects to continue to create local value all over the world, including Japan. Both China and Japan have industrial advantages and innovative spirit. Japanese companies and Huawei have natural complementary advantages concerning supply chain and technology. Open cooperation between Chinese and Japanese companies can jointly create a digital future. In addition, the development of the digital economy in China and Japan is inseparable from a good industrial environment and innovative talents. It is also hoped that China and Japan can create a more open policy environment, encourage innovation, and help small and medium-sized enterprises of the two countries to carry out more and deeper cooperation, thus jointly provide the most competitive solutions and products to the world market," Xu Zhiyu emphasized.