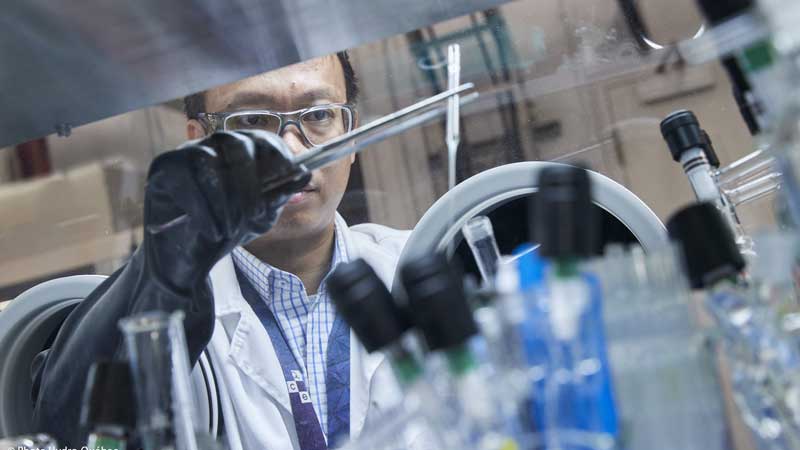 New hydrogen storage technology is a step-closer thanks to a new research and innovation agreement between Hydro-Québec's Center of Excellence in Transportation Electrification and Energy Storage (CETEES) and the University of South Wales (USW).

The two organisations have signed commercial agreements to transfer the patented hydrogen storage technology arising from USW research to Hydro-Québec, to enable its commercialisation as part of ongoing efforts to decarbonise industry and provide alternative, cleaner sources of energy. This technology allows for the hydrogen to be absorbed into the material at higher concentrations and densities thus increasing its capacity for hydrogen storage.

This technology, for which the results were published in 2019, has several key advantages over existing hydrogen storage options, namely:

The applications for this novel energy storage technology are numerous and include transporting large quantities of hydrogen safely, or being able to have reservoirs of hydrogen-powered vehicles that can hold larger quantities of hydrogen in a smaller space, making hydrogen more viable for a variety of vehicle types while bringing the cost down significantly.

Hydro-Québec will work with the patents developed by USW over the next two years to bring them to the commercialization stage.