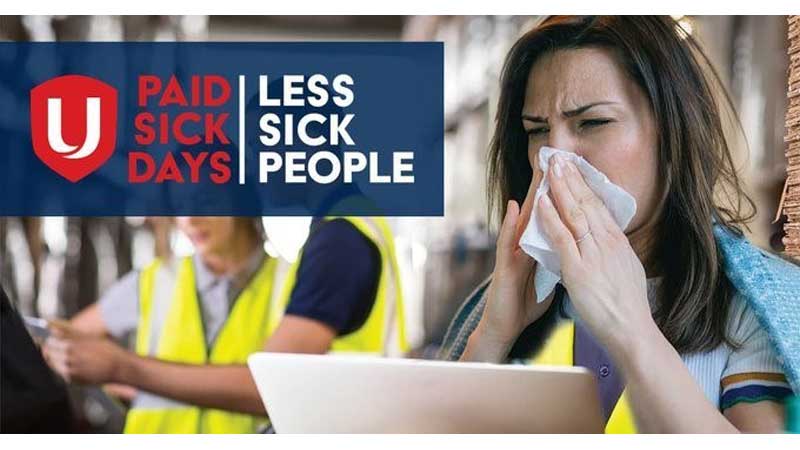 "I'm not the only Ontarian left stunned by the Premier's lack of action, empathy or understanding of this public health crisis," said Jerry Dias, Unifor National President. "Apologizing for ignoring the advice of scientists, doctors and frontline workers does not erase the mounting pain and suffering of this pandemic. Ford has the power to protect workers, and still, he refuses to enact paid sick days and prioritize essential workers."

On Thursday, April 22, the province reported 40 new deaths, more than 800 COVID-19 patients in ICU, and nearly 3,700 new cases. As ICUs fill, Ornge paramedics airlift vulnerable patients out of Toronto to seek care in other regions of the province.

In a news conference this morning, Ford failed again to announce any new public health measures, instead hinting at an upcoming announcement for a band-aid solution to supplement the insufficient Canada Recovery Sickness Benefit.

"Paid sick leave is a provincial responsibility, it's Doug Ford's responsibility. Hundreds more will die and become infected before he chooses to enact even the smallest measure of provincial paid sick leave," said Naureen Rizvi, Unifor Ontario Regional Director. "The anger is swelling in this province, and it is rightfully directed at the Premier's own lack of leadership and refusal to face facts."

The province's own Ontario COVID-19 Science Advisory Table recommended paid sick days as one of the six things that will work to reduce transmission, protect our health care system, and allow us to re-open safely as soon as possible.

A new poll, commissioned by Unifor, reveals that the vast majority of Ontarians support the implementation of legislated sick days.

The Union continues to advocate for universal paid sick days to be enshrined in labour law in Ontario. Unifor advocates for a provincial sick leave policy that includes:

Unifor is Canada's largest union in the private sector and represents 315,000 workers in every major area of the economy. The union advocates for all working people and their rights, fights for equality and social justice in Canada and abroad, and strives to create progressive change for a better future.