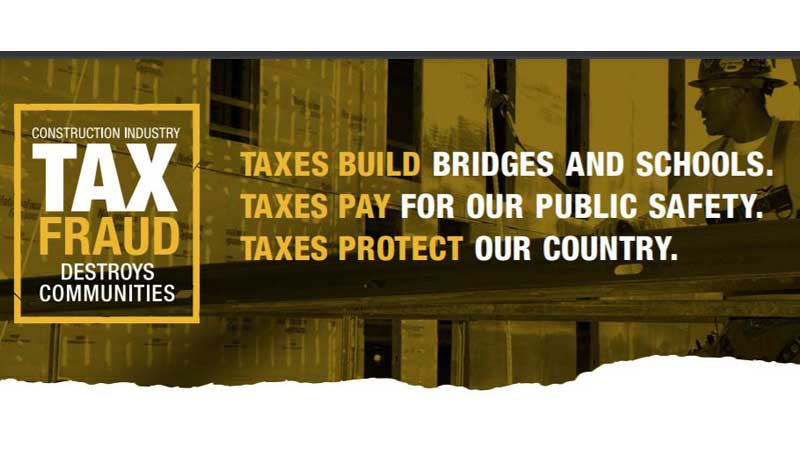 The UBC Canadian District met with the Honourable Patty Hajdu, Minister of Health on Thursday, April 22, to discuss tax fraud, health care and the underground economy in the Canadian construction industry, and ways to partner together on this issue.

As stated by Jason Rowe, Canadian District Vice President of the United Brotherhood of Carpenters "The underground economy is thriving in Canada and especially in the construction industry, stealing billions of dollars every year. Tax fraud is robbing honest and hardworking Canadians and their families of the services they have worked for and deserve."

According to Health Canada, the Government of Canada is working closely with provincial and territorial governments to support them to respond to the challenges of delivering health care during the COVID-19 pandemic. Imagine what we could do if we had more revenue and reined in the underground economy.

"This activity negatively affects economic growth in Canada and reduces tax revenues for all levels of government, putting pressure on the government's ability to provide the services and benefits that Canadians enjoy and expect" said Ed Spence, Executive Secretary-Treasurer of the Millwright Regional Council of Ontario.

"There continues to be a widespread misclassification of workers as 'independent operators.' The reason for this misclassification is to avoid the payroll costs and other obligations associated with hiring workers as employees" said Tony Iannuzzi, Executive Secretary-Treasurer of the Carpenters District Council of Ontario.

We are encouraged by the Honourable Patty Hajdu's support to end construction industry tax fraud and working together towards solutions that rein in the underground economy.