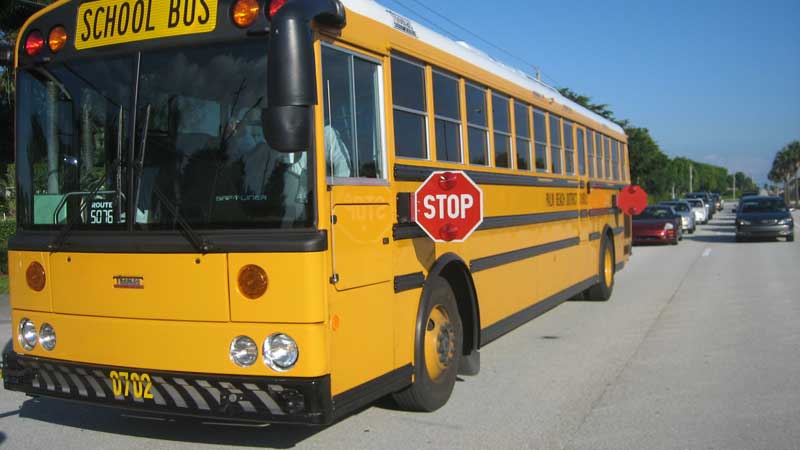 After years of broken promises and ignored recommendations, a large convoy of school busses travelled to Queen's Park today to urge Premier Doug Ford and Education Minister Stephen Lecce to put their communities first and prevent the closure of more small businesses. The Tri-Board School Bus Operators Association employs nearly 1,000 people across the province, and hundreds more through local businesses they support.

"My family's business has been a staple of the Belleville area since 1957," third-generation Parkhurst Transportation operator Sherry Barker said. "For more than 60 years, we've transported children to and from school safely and efficiently. But thanks to an unfair RFP (Request for Proposal) process, we're now at risk of losing it all. This is exactly what happened recently to an independent operator in the Hamilton area, that served its community for over 50 years -- they lost all their routes and their entire business."

The independent school bus operators are calling on Premier Ford and Minister Lecce to make clear there are alternatives to RFPs and to tell school boards they have to follow the government's recommendations so that local businesses have a fair opportunity to compete. Over the last decade, the unfair RFP process has put more than 100 independent school bus operators out of business. Many more are at risk.

"For decades, we worked with school boards on the principles of goodwill, trust and co-operation to make sure the community's needs came first," said Barker. "Now they're using an unfair RFP process that ignores the government's own recommendations and makes it impossible for local businesses to compete. We don't stand a chance."

For months, independent school bus operators have reached out to school boards and the transportation consortium (Tri-Board Student Transportation Services Inc), MPPs and Minister Lecce urging them to consider alternatives and to implement the recommendations in government-commissioned reports. They've failed to reach any resolution despite the Conservatives promising to address the issue when they were in opposition.

The operators are calling on the Ford government to temporarily suspend the RFP process, work with them to save local jobs, and maintain a reliable transportation system for students.