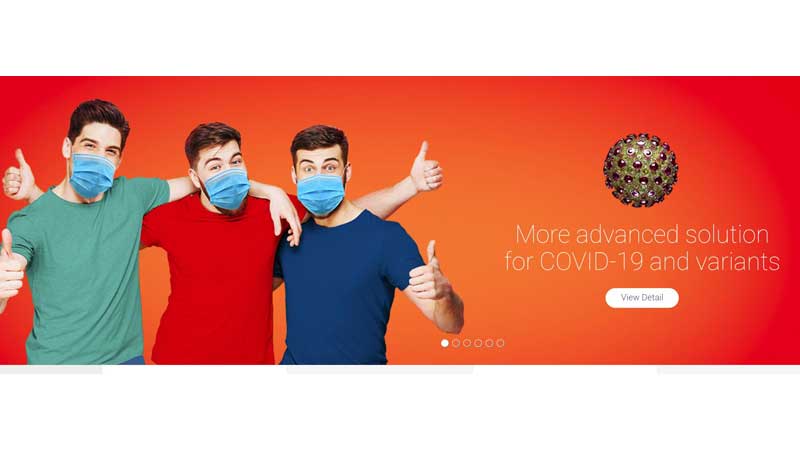 South Korea's leading biotechnology firm Seegene Inc. (KQ 096530) has announced the launch of a new SARS-CoV-2 variant diagnostic test capable of screening newly emerging virus variants including the Delta and the Delta Plus that have become the dominant version of the virus circulating around the world.

Seegene announced on June 30 that it has received the CE-IVD mark for its 'Allplex™ SARS-CoV-2 Variants II Assay,' a new lineup of the company's variant detection kits capable of detecting the key genetic mutations of SARS-CoV-2 variants such as L452R, W152C, K417T and K417N. In a single reaction, the variants diagnostic kit identifies a total of six COVID-19 variants that are known to be originated from India such as Delta, Delta Plus, and Kappa, and Gamma(Brazil), Beta(South Africa), and Epsilon(California). While the number of daily new infections is growing exponentially, the launch of the new assay is expected to play an essential role in monitoring the spread of the Delta and Delta Plus variants that have been largely blamed for the bulk of new infections.

Earlier this year, the World Health Organization (WHO) classified the Delta variant as the 'Variant of Concern' as the variant is expected to rapidly outcompete other variants. Also, the emergence of a new mutation on the spike protein of the Delta known as K417N has raised alarm globally, as it is known to be more contagious than the Delta and exhibit vaccine resistance. These super-contagious variants recently have become a global threat. In countries like the UK and Indonesia Delta is the dominant strain accounting for around 90% of new cases. Also, in other countries like the United States, although the variant only made up about 20% of infections, the number appears to be doubling every two weeks.

Although many countries are speeding up with the vaccination process, Gavi, the global Vaccine alliance stresses the importance of surveillance screening, saying that the Delta Plus variant was found during routine screening. According to Seegene, the combination use of its two assays including 'Allplex™ SARS-CoV-2 Variants II Assay' and the 'Allplex™ SARS-CoV-2 Variants I Assay' can screen almost all existing COVID-19 variants. As the two assays can detect multiple variants in a single test, it also streamlines the conventional testing process in which it requires a secondary test to identify new variants. In such context, Seegene's variant detection kit is expected to become a new 'gold standard,' helping to prevent new pandemics from occurring.

"An increased transmissibility, short incubation period, and a potential reduction in vaccine efficacy are the characteristics of the Delta and Delta Plus variants," said Min-cheol Lee, Seegene's Chief Technology Officer. "I know that there is currently a lot of concern about the Delta variants. While experts and the WHO are largely cautioning the public and governments to remain watchful, I believe that our latest two diagnostic tests will play a key role in the early detection of different viruses and help prevent the further spread of SARS-CoV-2," he added.