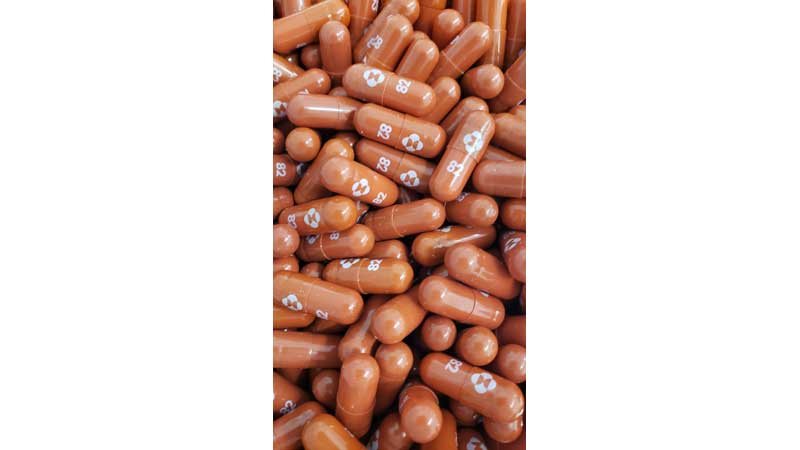 COVID-19 Merck Canada Initiates Rolling Submission to Health Canada for Molnupiravir, an I

Merck, known as MSD outside the United States and Canada, today announced the initiation of a rolling submission to Health Canada for molnupiravir, an investigational twice daily oral antiviral agent currently in trials as a potential treatment for COVID-19. Merck is developing molnupiravir in collaboration with Ridgeback Biotherapeutics.

The rolling submission process was accepted under the Minister of Health's Interim Order, which allows for the review of early safety, quality and efficacy data while later-stage clinical trials take place. Further findings from the ongoing molnupiravir development program will be shared with Health Canada as they become available. Health Canada will make a decision only when all necessary evidence has been submitted and reviewed.

Phase 2 interim results from the Phase 2/3 MOVe-OUT clinical trials were presented at the European Congress of Clinical Microbiology & Infectious Diseases (ECCMID) in July. Phase 3 of the trial, evaluating molnupiravir twice daily for five days in non-hospitalized adults with confirmed SARS-CoV-2, five days or less following symptom onset and at least one risk factor associated with poor disease outcomes, is underway and includes sites in Canada.

Molnupiravir (EIDD-2801/MK-4482) is an investigational, orally administered form of a potent ribonucleoside analog with antiviral activity against SARS-CoV-2, the causative agent of COVID-19. Molnupiravir has been shown to be active in several preclinical models of SARS-CoV-2, including for prophylaxis, treatment, and prevention of transmission, as well as SARS-CoV-1 and MERS. Molnupiravir was invented at Drug Innovations at Emory (DRIVE), LLC, a not-for-profit biotechnology company wholly owned by Emory University.

MOVe-OUT (MK-4482-002) is a Phase 2/3, randomized, placebo-controlled, double-blind, multi-site study evaluating orally administered molnupiravir in non-hospitalized participants at least 18 years of age with laboratory confirmed COVID-19 and symptom onset within five days prior to randomization. The trial plans to enroll a total of 1,850 participants with mild or moderate COVID-19. A total of 1,550 patients in the Phase 3 portion of the trial will be randomized 1:1 to receive either molnupiravir (800 mg) or placebo twice daily for five days. The primary efficacy objective is to evaluate efficacy of molnupiravir compared to placebo as assessed by the percentage of participants who are hospitalized and/or die during the period from randomization through Day 29.