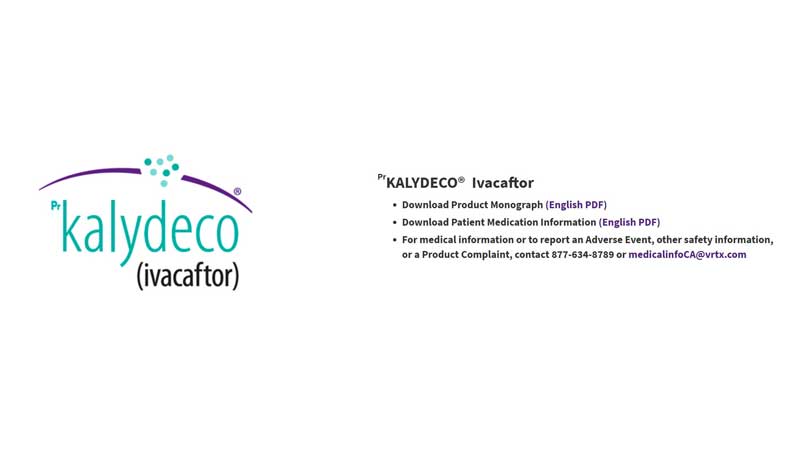 -- Health Canada Grants Marketing Authorization for KALYDECO® (ivacaftor) as First and Only CFTR Modulator to Treat Eligible Infants With CF as Early as Four Months of Age.
- Approval provides opportunity to treat the underlying cause of CF earlier than ever before in Canada. -

Vertex Pharmaceuticals Incorporated (Canada) (Nasdaq: VRTX) today announced that Health Canada has granted Marketing Authorization for PrKALYDECO® (ivacaftor) for use in children with cystic fibrosis (CF) as young as four months of age who have at least one of the following gating mutations in their cystic fibrosis transmembrane conductance regulator (CFTR) gene: G551D, G1244E, G1349D, G178R, G551S, S1251N, S1255P, S549N or S549R.

"With today's approval, children in Canada as young as 4 months now have a medicine to treat the underlying cause of their disease," said Nia Tatsis, Executive Vice President and Chief Regulatory and Quality Officer, Vertex Pharmaceuticals. "This is another step in our goal to develop medicines to treat people living with CF as early in life as possible."

The label update is based on data from a cohort in the 24-week Phase 3 open-label safety study (ARRIVAL) consisting of six children with CF ages four months to less than six months who have eligible gating mutations.

PrKALYDECO® (ivacaftor) is now approved for additional eligible patients in Canada, and Vertex will work with payers to secure access for this new patient population.