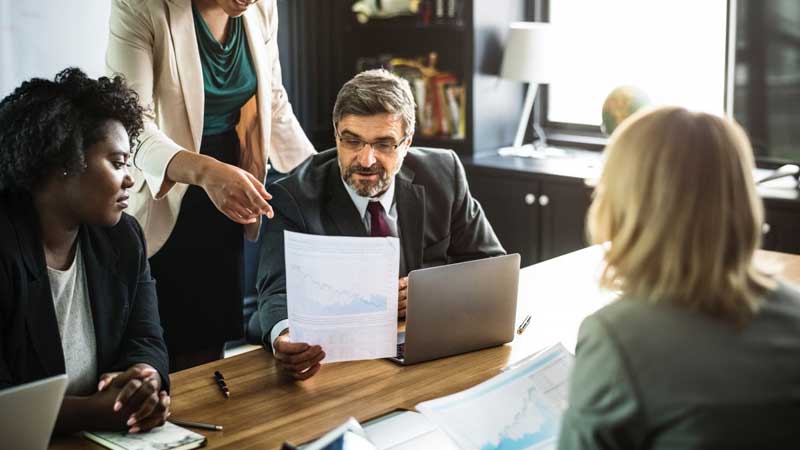 Labour shortages are back with a vengeance, putting small business recovery at risk

More than half of small businesses (55 per cent) cannot get all the staff they need for current operations or to meet new demand, while another 16 per cent were able to face the challenge, but at a significant additional cost, according to a new report by the Canadian Federation of Independent Business (CFIB) entitled Labour shortages are back with a vengeance. Despite a majority of affected businesses raising wages, the issue persists, leading many to try a number of alternatives, with temporary foreign workers (TFWs) and automation being among the most successful.

"Small businesses were already experiencing a very significant shortage of labour at the beginning of 2020, and the pandemic has made the situation only more complex," said CFIB vice-president of national research Simon Gaudreault. "Industries that were locked down for long periods of time, like hospitality, have seen a mass exodus as workers upskilled or switched to other jobs, and virtually all sectors are facing major demographic upheavals with not enough new workers coming in to replace those who are retiring."

Lack of candidates, qualification mismatch and labour market disruptions drive labour shortages
Nearly two thirds (63 per cent) of businesses affected by labour shortages said they can't find job applicants with the right skillset or experience, while 52 per cent reported a lack of any candidates at all. One reason for this is that the distribution of job seekers to jobs in different education categories is imbalanced: in Q1 2021, 22 per cent of the unemployed had a level of education equal to or higher than a bachelor's degree, while only 15 per cent of the market requires this level of education.

The pandemic has also disrupted established relationships between employers and employees and pushed people out of certain sectors. Nearly a quarter (24 per cent) of small businesses report that employees switched industries due to the pandemic, and this was even higher among businesses in social services (37 per cent) and hospitality (48 per cent).

Wage increases have not been the expected silver bullet: Business owners explore other options
On average, small businesses with labour shortages expect to increase wages by 3.7 per cent over the next 12 months, above the national average of 3.1 per cent. More than four fifths (82 per cent) of businesses affected by staffing shortages have already raised wages, but the success rate is a mere 31 per cent, according to CFIB's analysis. In fact, 60 per cent of those who raised wages but did not find it helpful in attracting workers said that they received no qualified applicants or no applicants at all.

"Business owners are in a tough position and have to balance the expectations of job seekers with their own ability to remain competitive," added Laure-Anna Bomal, Research Analyst at CFIB and author of the report. "We're seeing a lot of creative and flexible solutions emerge as a result, but more needs to be done to support them as they face this incredible long-term challenge."

Some of the other solutions small business owners have turned to include automation and temporary foreign workers (TFWs). A third (33 per cent) of businesses facing labour shortages have invested in automation, with a success rate of 81 per cent. TFWs have a lower utilization rate (16 per cent) because the criteria, complexity and cost of the program limit which businesses can apply, but a success rate of 52 per cent among those who used it. The low utilization to high success rate ratio suggests that TFWs could be a promising solution for Canada's labour shortages, especially if the program were expanded to other sectors.

- Improving and streamlining the temporary foreign worker and immigration processes to bring more workers into Canada faster, ensuring a good fit between immigrants and positions to fill, and providing them with a path to permanent residency.
- Opening up the TFW program temporarily to allow small businesses requiring a broader range of skills and wage levels to access TFWs as they try to recover from the pandemic.
- Stimulating automation through programs or tax credits.
- Providing tax relief for workers over 65 who wish to remain employed by making their hours worked tax-free.
- Implementing training programs for specific groups such as young people who were not in education, employment or training (NEETs), racialized minorities or people with disabilities.
- Ensuring that Employment Insurance (EI) programs do not discourage individuals from returning to work.
- Reducing EI premiums for small businesses to offset the costs of hiring and training staff.
- Encouraging Work Integrated Learning (WIL) programs in universities and colleges (such as co–op programs and internships) by including and catering to small business needs.
- Adding tax credits for worker training, particularly for informal, on-the-job training and tax credits for hiring young graduates and students.

"Small businesses have a long and steep climb to recovery, and having the right workers in place or other tools to address labour shortages is a big part of that," concluded Corinne Pohlmann, Senior Vice-President of National Affairs at CFIB. "They are already doing all they can to attract workers, but they need governments to do their part by adopting policies that increase productivity, connect job seekers with employers and don't put the cost of hiring out of reach."