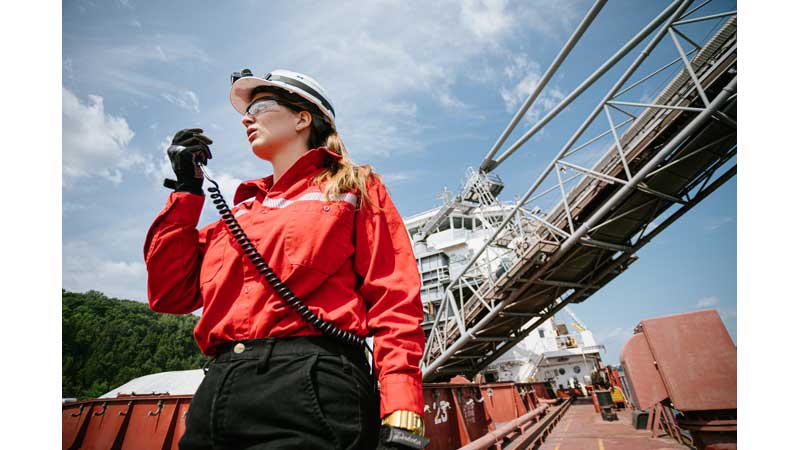 JOBS Can you Imagine Marine Job?

A new survey of Canadian youth confirms that the biggest barrier to recruit new candidates is a lack of knowledge of the diversity of jobs available in the marine sector — with 67% of those in the millennial and Gen Z generations believing the industry is hard to get into and 60% saying they can only think of a few types of jobs.

The findings of the National Youth Report: Marine and the Next Generation, which was commissioned by the Canadian Marine Industry Foundation (CMIF) and conducted by Abacus Data, reinforce the need for the public and private sector to accelerate awareness efforts in the face of a looming labour and skills crisis.

Canada's marine sector includes over 1,000 employers — both in the private and public sectors — and employs more than 100,000 skilled workers and professionals across Canada. The diverse sector offers job seekers exciting opportunities in everything from shipping and logistics to ports to marine services to infrastructure to government services.

However, maritime workforce recruitment and retention has become an increasing challenge with positions going unfilled both on ships and ashore — a problem expected to only get worse.

Transport Canada estimates that 43% of the marine transportation workforce (onboard commercial vessels and ferries) is expected to retire over the next 10 years. There is also the need to replace workers who voluntarily leave the marine sector or who move to shore-based positions. It is projected that there will be a need to hire approximately 19,000 new seafarers over the next 10 years. And that doesn't include marine-related job opportunities in the public sector or in ports or other shore-based marine operations.

A first of its kind, the CMIF's National Youth Report details the current landscape of marine sector career awareness and value in young people (aged 14 to 29) – serving as a baseline to track against over time. The report also indicates:

1. Overall, the marine industry is in a good starting position. Many young people think highly of the industry, especially when it comes to aligning with their own values.

2. Just under half of young people are open to considering a career in the marine industry, 20% have thought about a career in the industry before today and are at least open to pursuing this interest.

3. Compared to other industries, 69% of respondents believe that the marine industry provides interesting and fulfilling work; 67% believe it offers good pay and benefits; 56% believe that it values corporate/environmental responsibility; and 57% believe there are lots of opportunities to advance.

5. The biggest barrier for the sector is a lack of knowledge on the diversity of jobs offered in the marine sector. 40% of respondents had "never heard anything about it". However, among this 40%, a third still say they would consider a career in the industry.

The National Youth Report research, which was sponsored by the Chamber of Marine Commerce, is part of the CMIF's Imagine Marine communication campaign. Through this campaign, the CMIF combines dynamic storytelling and targeted outreach to deliver marine's substantial career offerings to students, young adults and other new candidates. The CMIF's efforts address the marine sector's near- and long-term talent development objectives by creating campaigns to grow awareness and providing information and resources necessary to those interested in taking the first steps toward a rewarding future in marine.