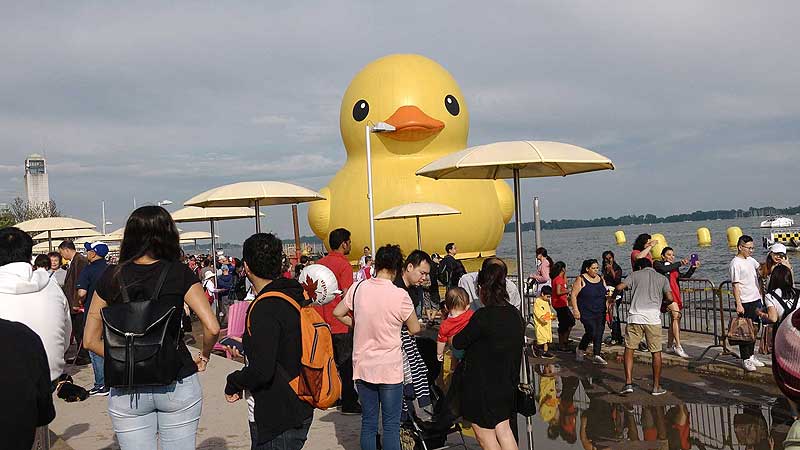 The Redpath Waterfront Festival (RWF) today announced its return to Toronto’s waterfront with its first in-person festival after two years. From September 17-18, 2022, visitors are invited to a ‘Water Weekend’ which will take place in HTO Park and Sugar Beach. The Festival will celebrate the last weekend of summer by featuring unique on-land and on-water programs including Parks Canada, the Royal Canadian Navy and Theodore TOO Tugboat.

Last year, due to COVID-19, the Redpath Waterfront Festival was reimagined into a two kilometer socially distanced trail featuring augmented reality, art installations, and local promotions, called the Redpath Waterfront Trail. This year, the festival’s co-producers are excited to return to their roots with a unique two-day festival that will celebrate all-things water.

“After a challenging two years for everyone, we are thrilled to return to Toronto’s waterfront for a weekend of fun, alongside our amazing partners and local waterfront businesses,” said Lea Parrell, Co-producer of the Redpath Waterfront Festival. “From live entertainment to Theodore TOO, this year’s festival will show that the best of times are when you just add water!”

• See an exciting lineup of local talent on the RBCxMusic Stage in HTO Park and the Bayside Village Stage in Sugar Beach.
• Say ‘Toot Toot’ to Theodore TOO Tugboat, the 65-foot working replica of the original TV character.
• Visit with the Parks Canada team to learn about protecting the ocean and snap a selfie with their giant inflatable Beaver.
• Meet the Royal Canadian Navy crew and learn about what it takes to be a sailor.
• Enjoy interactive cultural activities with Mississaugas of the Credit First Nation, Moccasin Identifier and Indigenous Tourism Ontario.
• Enjoy delicious eats from local food trucks at the Billy Bishop Airport Picnic Lounge.
• More details and programming to be announced in the coming months.