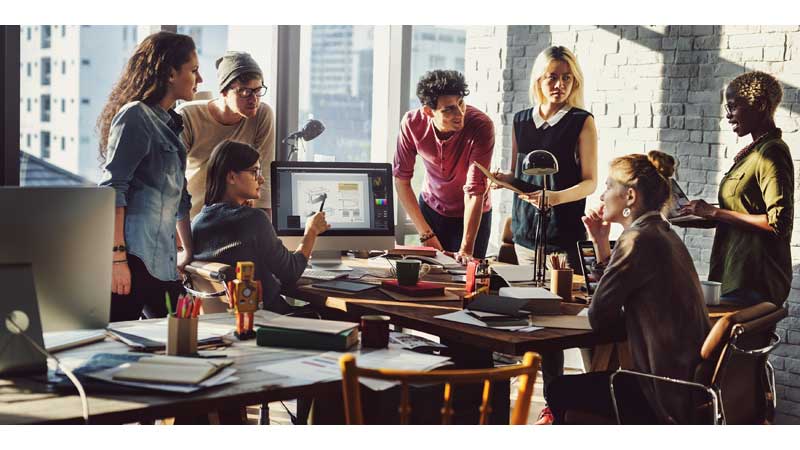 - 2022 Budget supports a plan for better jobs and bigger paycheques, building highways, transit and hospitals, and lower costs for families. -

The government’s plan will seize the opportunities in critical minerals, batteries and electric and hybrid vehicle manufacturing, help deliver better jobs and bigger paycheques for workers, help keep costs down for families, and get shovels in the ground for highways, transit, hospitals and other key infrastructure. Supported by a plan to stay open, the government is building Ontario.

The 2022 Budget continues the government’s track record of strong fiscal management. The plan includes increases to base program spending at an average annual rate of about five per cent over the next three years. The Budget also presents a recovery plan that will eliminate Ontario’s deficit two years earlier than projected in the 2021 Budget.

“Our government has a plan, and that plan is working,” said Minister Bethlenfalvy. “But the work is not over, and the job is not done. We are ready to get it done for the people of Ontario.”

Rebuilding Ontario’s Economy is the first pillar of the government’s plan. While Ontario lost 300,000 manufacturing jobs between 2004 and 2018, the government has a plan to help create jobs and build prosperity everywhere, for everyone.

Highlights include:
• Seizing Ontario’s critical minerals opportunity begins in the North. Critical minerals will become part of the future of clean steel, batteries and hybrid and electric vehicles as the next generation of automobiles are built in Ontario, by Ontario workers and sold across North America and the world. The government’s plan includes up to $1 billion for legacy infrastructure, such as all-season roads to the Ring of Fire, building the corridor to prosperity. The plan is also supported by a Critical Minerals Strategy and $2 million in 2022–23 and $3 million in 2023–24 to create a Critical Minerals Innovation Fund.
• Helping create good manufacturing jobs as Ontario becomes a North American leader in building the vehicles of the future. As of early April 2022, Ontario has seen more than $12 billion in new investments for vehicle production mandates and battery manufacturing over the past 18 months. Ontario is also supporting investments to help make the province a world-leading producer of clean, low-emission steel to help build automobiles in the province.
• Working to bring jobs at provincial agencies to communities across Ontario to help spur economic growth. This begins with exploring the relocation of the headquarters of the Workplace Safety and Insurance Board (WSIB) to London, working in close partnership with the agency and other partners, and identifying main street communities to headquarter new government agencies.
• Investing nearly $107 million over the next three years to help the province compete with jurisdictions in a global race to develop and own critical technologies.
• Nearly $4 billion to support high-speed internet access to every community in Ontario by the end of 2025.
Working for Workers is the second pillar of the government’s plan. Ontario workers deserve a government that works as hard as they do for Ontario. That’s why the government has a plan to support better jobs and bigger paycheques.
Highlights include:
• Increasing the general minimum wage to $15.50 per hour on October 1, 2022, while guaranteeing digital platform workers the general minimum wage and new, first-in-Canada protections.
• Investing $1 billion annually in employment and training programs to help people retrain and upgrade their skills as the province continues to support better jobs and opportunities for Ontario workers.
• Investing an additional $114.4 million over three years in its Skilled Trades Strategy to break the stigma associated with the skilled trades and simplify the system.
• Expanding college degree granting to help build a pipeline of job-ready graduates in applied fields and allow students to gain the education, experience and skills to enter the workforce faster.
• Providing $268.5 million over three years in additional funding through Employment Ontario to strengthen the government’s skills training and employment programs, including pandemic recovery initiatives.
• Relaunching the Second Career program as Better Jobs Ontario to support a larger, more diverse range of Ontario workers with $5 million in new funding in 2022–23, in addition to the nearly $200 million invested over the last three years. Better Jobs Ontario helps laid-off unemployed workers access the training they need to become qualified for in-demand, well-paying jobs and connects local employers with the high-skilled workers they need.
• Attracting newcomers with a plan that includes an additional $15.1 million over three years in the Ontario Immigrant Nominee Program (OINP), which nominates applicants for permanent residence who have the skills and experience that match Ontario’s labour market needs.

Building Highways and Key Infrastructure is the third pillar in the government’s plan. For too long, the people of Ontario have been stuck in gridlock, with thousands of hours wasted on packed trains, or behind the wheel in bumper-to-bumper traffic, costing billions to the province’s economy. This has to change. The government is getting shovels in the ground to build highways, transit and other infrastructure projects to fight gridlock, boost the economy and create jobs.

Highlights include:
• Planning one of the most ambitious capital plans in the province’s history, with planned investments over the next 10 years totalling $158.8 billion, including $20 billion in 2022–23.
• Investing $25.1 billion over the next 10 years to support the planning and construction of highway projects across the province, including:
o Building Highway 413
o Building the Bradford Bypass
o The first steps to enable the future widening of Highway 401
o Improving the QEW Garden City Skyway
• Continuing the next phase of construction for the new Highway 7 between Kitchener and Guelph
• Reconstructing Highway 101, the Timmins Connecting Link
• Investing $61.6 billion over 10 years for public transit, including:
o Breaking ground on the Ontario Line
o Advancing planning work for the Sheppard Subway Extension
o Planning and design work for the Eglinton Crosstown West Extension to Toronto Pearson International Airport
o The Bowmanville GO Rail Extension
o Weekday GO Rail trips between London and Union Station in Toronto
o Passenger rail service to Northeastern Ontario.

Investing about $14 billion in capital grants over the next 10 years to build and renew schools and child care spaces.

See A Capital Plan for Building Ontario for further details.

Keeping Costs Down is the fourth pillar in the government’s plan. When costs go up, it has a direct impact on families, seniors, workers and the economy. That’s why the government has a plan to help keep costs down by increasing housing supply, making it less expensive to drive or take transit, and by providing relief on everything from child care to taxes.

Highlights include:
• Implementing a long-term plan to address the housing crisis, informed by the Housing Affordability Task Force’s recommendations. This includes supporting the creation of all types of housing by speeding up approvals to get more shovels in the ground faster, prioritizing Ontario homebuyers over foreign speculators, cracking down on unethical developers, and committing to introduce a housing supply action plan every year for the next four years.
• Making it less expensive to drive by eliminating and refunding licence plate renewal fees for passenger vehicles, light-duty trucks, motorcycles and mopeds, cutting the gas tax by 5.7 cents per litre for six months beginning July 1, 2022, and removing tolls on Highway 418 and 412.
• Proposing to provide an additional $300 in Personal Income Tax (PIT) relief, on average, to about 1.1 million taxpayers by enhancing the Low-income Individuals and Families Tax Credit.
• Lowering child care fees for parents and securing a fair deal for Ontario by signing a $13.2 billion agreement with the federal government in an important step towards achieving an average of $10-a-day child care by September 2025.

A Plan to Stay Open is the fifth pillar in the government’s plan. With more than 32 million vaccine doses administered and more than 90 percent of people aged 12 and over fully vaccinated, Ontario has fared better than many jurisdictions during the COVID-19 pandemic. The province has cautiously lifted restrictions, and the economy is recovering. To meet the challenges that may lie ahead, the government is making significant investments in its plan to stay open.

Highlights include:
• Expanding Ontario’s health care workforce by:
o Launching the new Learn and Stay Grant for up to 2,500 eligible postsecondary students who enroll in priority programs, such as nursing, and work in underserved communities in the region where they studied after graduation.
o Helping retain nurses across the health sector and stabilize the current nursing workforce by investing $764 million over two years to provide Ontario’s nurses with a retention incentive of up to $5,000 per person.
o Building on the 8,600 health care workers added to the system since March 2020, investing $230 million in 2022–23 to enhance health care capacity.
o Investing $42.5 million over two years beginning in 2023–24 to support the expansion of 160 undergraduate and 295 post-graduate positions, including at the new medical schools in Brampton and Scarborough.
• Shoring up domestic production of critical supplies and ensuring Ontario is prepared for future emergencies by committing, as of April 2022, more than $77 million of the Ontario Together Fund to leverage almost $230 million in investments to support manufacturing of Ontario-made personal protective equipment (PPE).
• Embracing the opportunity to become a global hub for biomanufacturing and life sciences and making a strategic investment of $15 million over three years in a new Life Sciences Innovation Program to develop and scale up the commercial potential of therapeutics and medical and digital technologies.
• Building and improving hospitals by investing more than $40 billion over the next 10 years in hospital and health care infrastructure supporting more than 50 major hospital projects that would add 3,000 new beds over 10 years.
• Making historic investments in hospitals with an additional $3.3 billion in 2022–23, bringing the total additional investments in hospitals to $8.8 billion since 2018–19. The government is also investing $3.5 billion over three years to support the continuation of over 3,000 hospital beds put in place during the pandemic and $1.1 billion over three years to support the continuation of hundreds of new adult, pediatric and neonatal critical care beds added during COVID-19.
• Making additional investments in home care by planning to invest up to an additional $1 billion over the next three years. The government is also proposing a new, refundable Ontario Seniors Care at Home Tax Credit to help seniors aged 70 and older with eligible home care medical expenses to help people stay in their homes longer.

• Ontario’s real gross domestic product (GDP) increased 4.3 percent in 2021, and employment rose by 344,800 net jobs in 2021 or 4.9 percent, the strongest annual pace of job growth on record.
• Ontario is projected to return to a surplus position by 2027–28, two years earlier than forecast in the 2021 Budget. Over the medium term, the government is projecting steadily declining deficits of $19.9 billion in 2022–23, $12.3 billion in 2023–24, and $7.6 billion in 2024–25, representing a significant improvement since the 2021 Budget.
• The net debt-to-GDP ratio is projected to be 40.7 percent in 2021–22, 8.1 percentage points lower than the 48.8 percent forecast presented in the 2021 Budget. Over the medium-term outlook, Ontario’s net debt-to-GDP ratio is now forecast to be 41.4 percent in 2022–23 and 2023–24, and declining to 41.3 percent in 2024–25.
• Legislative amendments proposed as part of Ontario’s Plan to Build would, if passed, help to create seamless transit services across Toronto municipal boundaries, crack down on auto insurance fraud, and remove the requirement for the WSIB head office to be located in Toronto.