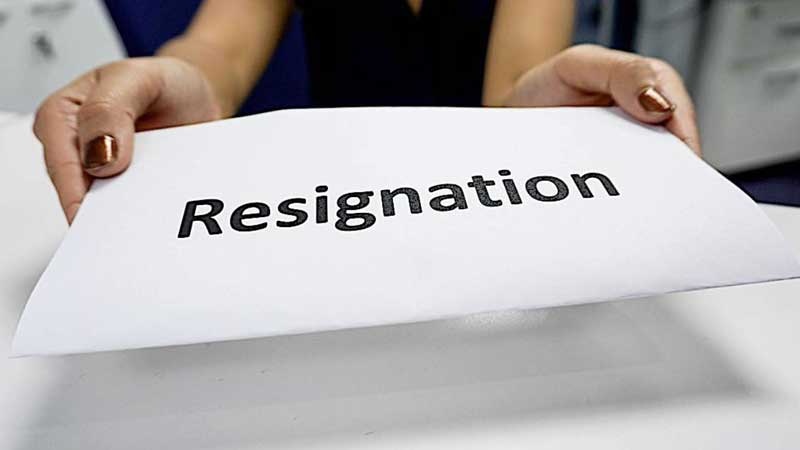 - Global workforce divided as skilled workers assert their power:
• One in five say they are likely to switch to a new employer in the next 12 months.
• More than a third plan to ask for a raise, but finding fulfilment at work is just as important.
• Skilled employees most likely to ask for promotions and pay raises and to feel listened to by their manager, while those lacking skills lack power in the workplace.
• By a margin of more than 30 points, respondents felt discussing social issues at work has had positive rather than negative impacts on them.
• But, only 30% state their companies provide support to work effectively with people who share different views. -

The Great Resignation will continue apace in the year ahead as one in five workers say they are likely to switch to a new employer in the next 12 months. That was a key finding from PwC's Global Workforce Hopes and Fears survey of 52,195 workers in 44 countries and territories - one of the largest ever surveys of the global workforce. The survey finds that 35% are planning to ask their employer for more money in the next 12 months. Pressure on pay is highest in the tech sector where 44% of workers surveyed plan to ask for a raise and is lowest in the public sector (25%).

While an increase in pay is a main motivator for making a job change (71%), wanting a fulfilling job (69%) and wanting to truly be themselves at work (66%) round out the top 3 things workers are looking for. Nearly half (47%) prioritised being able to choose where they work.

Workers who are likely to look for a new employer in the next 12 months are less likely to feel satisfied with their current employer. Compared to those who have no intention of changing jobs, they are:

Bob Moritz, Global Chairman of PwC, said:
"There is a tremendous need for business to do more to improve the skills of workers, while being conscious of the risk of polarisation if opportunities to develop aren't provided right across society. At the same time, workers are not just looking for decent pay, they want more control over how they work and they want to derive greater meaning from what they do. These are linked: by acquiring skills, workers can gain the control over the work they are looking for. Leaders have to adapt to build the teams needed to successfully deal with the challenges and opportunities of today and those yet to come."

Discussions about social issues are an everyday feature of the workplace. Employees are benefiting, despite a lack of support from employers.

The survey found that 65% of workers discuss social and political issues with colleagues frequently or sometimes, with the number higher for younger workers (69%) and ethnic minorities (73%). While business leaders are sometimes nervous about people bringing these potentially polarising issues to work, the impact is net positive. 79% of those who talk about social and political issues at work reported at least one positive consequence from that. With political and social issues alive in the workplace, the job for employers is to create a context which secures the benefits of open conversation while minimising the negative impacts - 41% reported a negative consequence of discussions about social issues. Both numbers were significantly higher for people who consider themselves part of an ethnic minority (84% positive and 59% negative).

These discussions are happening despite little active effort on the part of organisations to help secure positive outcomes. Only 30% of employees say that their company provides support to help them work effectively with people who share different views.

The survey showed that workers have a particular interest in their employer's impact on the economy, climate and society. Half of workers (53%) felt it was important that their employer is transparent about their impact on the environment, two-thirds (65%) felt transparency about health and safety was critical, with transparency about economic impact not far behind at 60%, followed by diversity and inclusion efforts at 54%.

Bhushan Sethi, Co-Leader of PwC's Global People and Organisation services said:
"Diverse workforces will inevitably bring differences of opinion about major societal issues into their workplaces. Leaders need to ensure these discussions can benefit teams rather than dividing them.The role of employers isn't to tell workers what to think, but to give them a voice, choice and safe environment to share feelings, listen and learn about how these issues are impacting their colleagues. Workers, especially younger and ethnic minorities feel the benefits of engaging in respectful and tolerant conversations."

The survey paints a picture of a workforce polarised on a number of dimensions.

Pete Brown, Co-Leader of PwC's Global People and Organisation services said:
"It is bad for society and bad for business when there is a failure to ensure women have the same opportunities as men to develop their skills and careers. One of the quickest ways to strengthen the workforce is to ensure women are not overlooked - which means addressing the culture, systems and structures that can lead to women losing out."

There were also significant differences between generations, with Gen Z workers less satisfied with their job and twice as likely as Baby Boomers to be concerned that technology will replace their role in the next three years.

One of the most important drivers of polarisation is skills - with large differences between workers who have highly valued skills and those who do not. The data shows that those with in-demand skills (29% of the sample feel they have skills that are in short supply in their country) are more likely to feel satisfied with their job (70% v 52%), feel listened to by their managers (63% v 38%) and have money left over after they pay their bills (56% v 44%).

To close the skills gap, workers say companies are investing in the current workforce through upskilling and increasing wages. By contrast, workers are less likely to report a focus on automating, outsourcing, and recruiting.

Carol Stubbings, PwC's Global Tax and Legal Services Leader said:
"In a tight labour market, it is even more important that organisations take a human-led, tech powered approach. That means investing in both digital transformation and in skills. Investment should be guided by a principle of equity, with a focus on strengthening the capabilities of skilled employees, providing access routes for those who lack skills and automation that frees up people to do what only people can do. It is as much about apprenticeships as graduate recruitment, and requires a commitment to constant upskilling. Targeted investment across the skills mix is good for companies, good for individuals and - because it avoids entrenching disempowerment - good for society."

Other key findings from the survey include:
• 45% of respondents said their job could not be done remotely
• Of those who say their job can be done remotely:
-- 63% say they prefer some mix of in-person and remote working - the same proportion who said they expect their employer to offer that mix for at least the next 12 months
-- 26% of employees would prefer full-time remote work, but only 18% say their employers are likely to adopt that model.
-- Another 18% say that their employers are likely to require full-time in-person work, which just 11% of employees prefer.

1. In March 2022, PwC surveyed 52,195 individuals who are in work or active in the labour market. The sample was designed to reflect a range of industries, demographic characteristics and working patterns. The sample was structured across 44 countries and territories and sample sizes were scaled to reflect each territory or region's share of global GDP. They range from 5,000 to 250 with an average sample size per territory of around 1,200.
2. The age groups in the survey are categorised as Gen Z (ages 18-25), Millennials (ages 26-41), Gen X (ages 42-57), and Baby Boomers (ages 58-76).
3. The report can be found here.