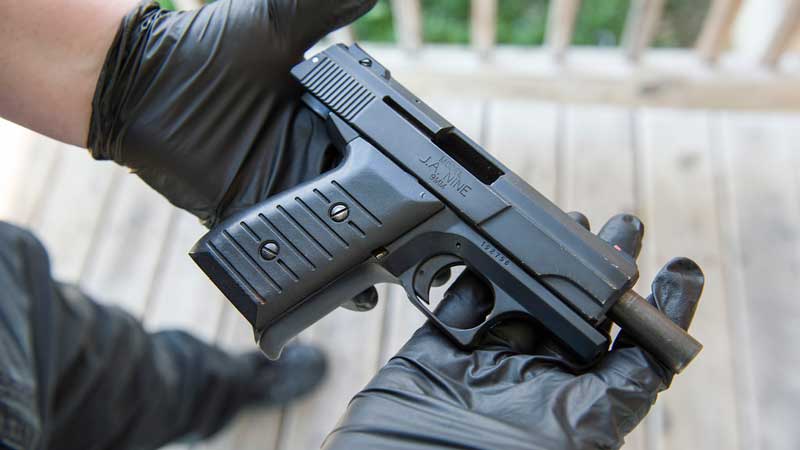 Keeping Canadians safe is the Government of Canada's top priority. We know that one Canadian killed by gun violence is one too many, which is why, two years ago, we banned over 1,500 types of military-style assault firearms. We also strengthened our gun control laws to expand background checks and keep firearms out of the wrong hands. These measures are helping to keep our children and communities safe.

The Prime Minister, Justin Trudeau, today announced the introduction of new legislation to further strengthen gun control in Canada and keep Canadians safe from gun violence. Bill C-21 puts forward some of the strongest gun control measures in over 40 years.

These new measures include:

• Implementing a national freeze on handguns to prevent individuals from bringing newly acquired handguns into Canada and from buying, selling, and transferring handguns within the country.
• Taking away the firearms licenses of those involved in acts of domestic violence or criminal harassment, such as stalking.
• Fighting gun smuggling and trafficking by increasing criminal penalties, providing more tools for law enforcement to investigate firearms crimes, and strengthening border security measures.
• Addressing intimate partner violence, gender-based violence, and self-harm involving firearms by creating a new "red flag" law that would enable courts to require that individuals considered a danger to themselves or others surrender their firearms to law enforcement, while protecting the safety of the individual applying to the red flag process, including by protecting their identity. In addition, the government will invest $6.6 million to help raise awareness of the new law and provide supports to vulnerable and marginalized groups to navigate the provisions.

In addition to this new legislation, the Government of Canada will require long-gun magazines to be permanently altered so they can never hold more than five rounds and will ban the sale and transfer of large capacity magazines under the Criminal Code.

These are the measures that chiefs of police, families of survivors, doctors, and advocates have been asking us to take, and they build on the many concrete actions we have already taken. The Government of Canada will work with provinces, territories, Indigenous communities, and municipalities to implement these measures, and will continue to do whatever it takes to keep guns out of our communities and make Canada a safer country for everyone.

"One Canadian killed by gun violence is one too many. I've seen all too well the tragic cost that gun violence has in our communities across the country. Today, we're proposing some of the strongest measures in Canadian history to keep guns out of our communities and build a safer future for everyone."
— The Rt. Hon. Justin Trudeau, Prime Minister of Canada

• To ensure the national freeze on handguns can be implemented swiftly, the Minister of Public Safety has already tabled regulatory amendments in both the House of Commons and the Senate. These regulations will help stop the growth of personally owned handguns in Canada and are expected to come into force in Fall 2022.
• In 2020, the Prime Minister announced the ban of over 1,500 models and variants of assault-style firearms. A buyback program will be introduced to offer fair compensation to affected owners and businesses.
• Going forward, we will also ensure military-style assault weapons are automatically prohibited when they enter the market. We will continue working to ensure any new weapons that fit the definition of assault-style weapon are captured.
• Earlier this year, the government announced an investment of $250 million through the Building Safer Communities Fund (BSCF) to help communities across the country prevent gun and gang violence by tackling its root causes, particularly for at-risk children.
• Budget 2021 provided more than $312 million in new funding to increase firearms tracing capacity and implement stronger border control measures to fight gun smuggling and trafficking. Law enforcement agencies seized more than double the number of firearms at the border in 2021, compared to 2020, which is also the highest number of firearms seized in recent years.
• The number of registered handguns in Canada increased by 71 per cent between 2010 and 2020, reaching approximately 1.1 million. Handguns were the most serious weapon present in the majority of firearm-related violent crimes (59 per cent) between 2009 and 2020.
• In 2018, firearms were present in over 600 intimate partner violence incidents in Canada. Victims of intimate partner violence are approximately five times more likely to be killed when a firearm is present in the home.