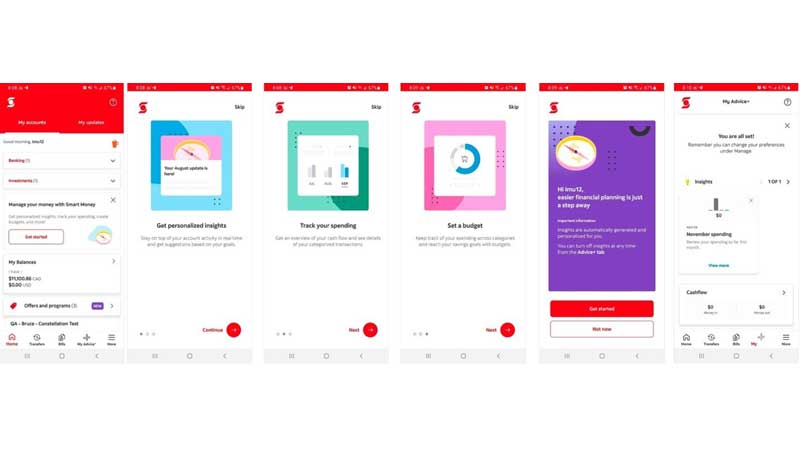 At a time when rising inflation is driving up the costs of goods and services across Canada, a new Scotiabank survey revealed that more than half of Canadians are worried about their ability to pay for day-to-day expenses (53%). The majority of Canadians expect to be spending more on basic necessities like groceries and food (78%), and gas (71%), while over half expect to spend more on utilities (53%). Almost half of Canadians say that these issues are having a major impact on their ability to save for longer-term financial goals (47%) and maintain their current standard of living (37%). To help address these concerns, Scotiabank has developed Scotia Smart Money by Advice+1 on its digital banking app to help its customers plan for the future.

Scotia Economics expects inflation to peak later this summer before starting a slow descent to 3.6% in 2023 and back to target by 2024.

"Canadians are feeling heightened levels of anxiety as a result of inflation –especially younger people and women who were also hardest hit by the pandemic," said D'Arcy McDonald, Senior Vice President of Retail Payments and Unsecured Lending at Scotiabank. "The cost of everything is on the rise and Canadians are worried about their ability to afford the essentials such as food and gas. At the same time, there have never been so many jobs in the Canadian economy, wages are picking up, and inflation will come down over time. With so many moving pieces, Canadians need to use every tool at their disposal to keep them on track to achieve their financial goals. Careful and simple money management with the new Scotia Smart Money by Advice+ tool – available to Scotiabank customers in the latest version of the Scotia app, can help Canadians adjust to the new landscape." With Scotia Smart Money, customers can manage their cash flow, build budgets, and receive personalized advice to help them look ahead and plan for the future.

Where Canadians live dictates how much they believe rising costs will impact their finances and ability to pay their bills. Residents in the Atlantic (49%) say inflation is having a major impact on their ability to set and stick to a budget, compared to residents of British Columbia and Quebec (36%).

When it comes to feeling financial anxiety, residents of Quebec (57%) are least likely to be concerned about their ability to pay for day-to-day expenses, compared to residents of Alberta (45%), Manitoba/Saskatchewan (44%), Ontario (43%), and the Atlantic (39%).

Younger Canadians most impacted, and most concerned

Women, younger Canadians, and those with lower household incomes are significantly more concerned about their financial situation over the next few months. Women (44%) are more likely than men (35%) to say inflation and the rising costs of goods and services is having a major impact on their ability to set and stick to a budget.

Younger people aged 18-34 comprise the highest contingent (43%) of people who say they are majorly affected by the ability to maintain their current standard of living in this high-cost environment, versus older Canadians over the age of 34 (38%), who say that they are not impacted at all.

"We know that younger Canadians are disproportionately affected by life becoming more expensive, but we also know they are more likely to make use of a digital tool to help track their finances," says D'Arcy McDonald. "Scotia Smart Money in Scotiabank's mobile banking app will help customers understand where they are spending their money, allow them to set up budgets, flag any concerns and uncover savings opportunities – all in the palm of their hands. They'll be able to see where their money is going and free up cash for where they want it to go. It will directly help younger customers make the financial decisions that will get them through the current economic challenges and benefit them in the long run."

***
From June 29th to June 30th,2022 an online survey of 1,512 randomly selected Canadian adults who are Maru Voice Canada panelists was conducted on behalf of Scotiabank by Maru/Blue. The results of this study have been weighted by education, age, gender and region (and in Quebec, language) to match the population, according to Census data.