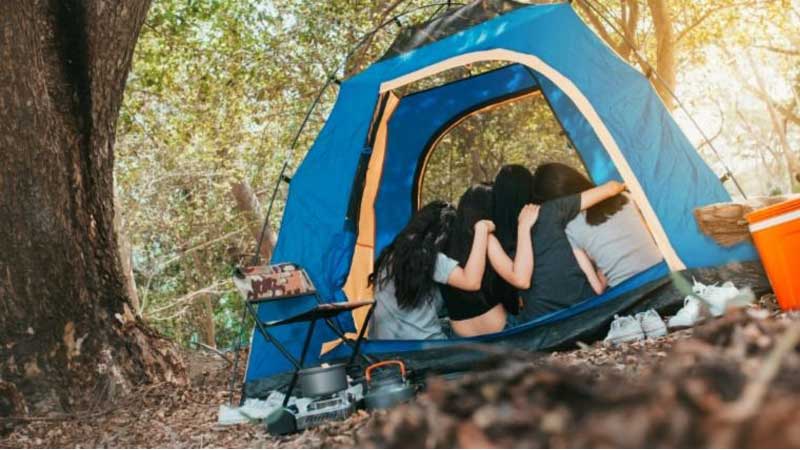 - Survey To 46,704 Volunteers And Scouts Sets The Standard -

As camping increasingly becomes the most viable vacation option this summer, Scouts Canada (the country's leading co-ed youth organization) surveyed its 46,704 members to name Canada's 'most epic' campsite. On behalf of all Canadians, the survey also explored many decision-making questions that are critical to finding the best campsite for any level or type of adventure.

Key findings of the survey (national):

1) Asked to name the most epic camping destinations in all of Canada, the Scouting community responded:

In order to tap into the depth of Scouters' multi-generational knowledge of conventional and unconventional campsites, Scouts Canada also asked seasoned Scouters to identify their top 'hidden gem' camp destinations across Canada. They responded:

Campsite name: Spruce Woods Provincial Park
Province: Manitoba
Why is it a 'Gem?': Sand dunes to explore where the Assiniboine River used to flow.

Campsite name:
Province:
Why is it a 'Gem?':

Campsite name: Bon Echo Provincial Park
Province: Ontario
Why is it a 'Gem?': Paddle beneath soaring cliffs or hike through forest.

Campsite name: Grassland National Park
Province: Saskatchewan
Why is it a 'Gem?': Experience the Badlands with expansive skies and endangered prairie wildlife

Asked what makes a campsite 'a dream spot,' the Scouting community said:

Asked what factors make a Canadian campsite the best for a solo vacation, respondents said:

Asked which 'must-see' Canadian parks or sites they have camped at; respondents shared these top five:

Ontario had the highest number of visited campsites with both Algonquin (42.9%) and Pinery (23.6%) Provincial Parks. Nearly half of respondents (42.9%) have camped at Algonquin Provincial Park.

6) The Scouting community is 'driven' to camp

Asked what their favourite way to camp is, over half of respondents (58.9%) said "a drive-in site."

24.6% of daring members prefer to access their campsites by paddling in, and 16.6% of adventurous respondents prefer to hike into camp.

Asked which Scouts Canada Properties they have camped on, Scouters responded:

"We are all in need of a solid summer getaway this year, why not try something different like camping with front-row seats to panoramic view? With camping emerging as an adventurous and affordable option for many Canadians, we wanted to make sure that every Canadian knows where the most epic campsites in the country are, and which criteria they should consider when searching for a spot," said Mike Eybel, a volunteer Scouter of 7 years, "Our seasoned Scouting community has named the most epic places to camp; now Canadians can also challenge themselves to visit as many of them as possible with our interactive map, Camping Dream Destination Guides and the Canadian Camper's Bucket-List."