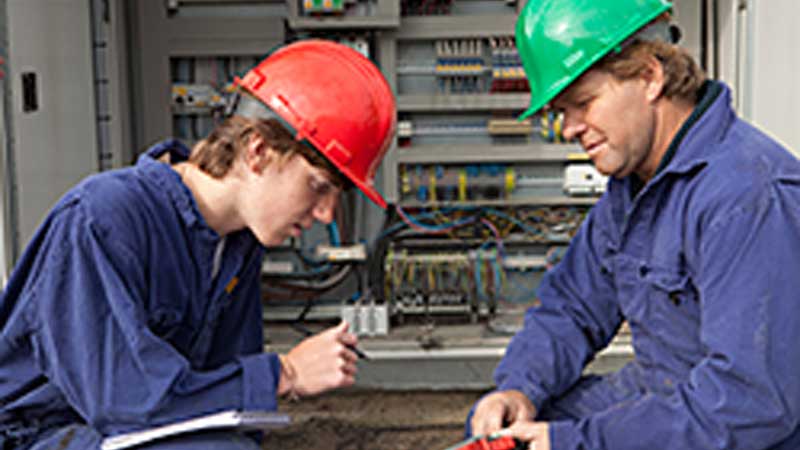 Today, the Honourable Carla Qualtrough, Minister of Employment, Workforce Development and Disability Inclusion, was in Truro, Nova Scotia, to announce over $28 million for the Nova Scotia Apprenticeship Agency's Apprenticeship START Plus Project. The project will provide financial support to small and medium-sized enterprises (SMEs) in New Brunswick, Nova Scotia, Prince Edward Island and Newfoundland and Labrador to hire a minimum of 5,200 first-year apprentices in eligible Red Seal trades over the next two years. This includes a minimum of 1,190 first-year apprentices from equity-deserving groups such as women, persons with disabilities, Indigenous people and racialized people.

First-year apprentices in eligible Red Seal trades will get the hands-on experience and training they need to progress toward becoming certified journeypersons in the Red Seal trades as a result of connecting with these job opportunities. The organizations that are being funded under the Apprenticeship Service will distribute financial incentives to SMEs and provide additional supports, such as help navigating the apprenticeship system, and they will also develop training for SMEs to help them onboard apprentices and create welcoming and inclusive workplaces. To help Canadians facing barriers to a career in the skilled trades, the incentives are doubled for SMEs who hire from equity-deserving groups.

Today's announcement builds on the 13 Apprenticeship Service projects announced by Minister Qualtrough in May 2022. It also builds on the project announced by the Honourable Kamal Khera, Minister of Seniors, on August 24, 2022, which will support new apprenticeship positions across Canada. To date, the Government has invested $306 million in 15 projects that will enable SMEs to create over 32,000 new apprenticeship positions across Canada.

"Canada needs more skilled trades workers. We need more women, persons with disabilities, Indigenous people, racialized Canadians and other traditionally marginalized people to get into the skilled trades. That's why the Apprenticeship Service program is so critical. It's helping more and more Canadians seize these great job opportunities, and it's making sure businesses have the skilled workers they need to thrive."
– The Honourable Carla Qualtrough, Minister of Employment, Workforce Development and Disability Inclusion

•According to the Canadian Apprenticeship Forum, in order to meet the demand for skilled journeypersons in Red Seal trades, an average of approximately 75,000 new apprentices will need to be hired per year over the next five years. The top trades most at risk of not meeting the demand include welder, industrial mechanic (millwright), bricklayer, boilermaker, cook and hairstylist.
•According to BuildForce Canada, the construction industry needs to recruit 309,000 new workers over the next decade (2021 to 2030), driven predominantly by the expected retirement of 259,100 workers (22% of the current labour force).
•There are more than 11,000 SMEs in Newfoundland and Labrador, Prince Edward Island, Nova Scotia and New Brunswick who work in the eligible Red Seal trades. The Apprenticeship Service will help them hire more first-year apprentices, which will help fulfill Canada's labour market needs.
•Measures in Budget 2022 to support skilled trades workers include:
• • $84.2 million over four years to double the funding for the Union Training and Innovation Program to help apprentices from under-represented groups begin—and succeed in—careers in the skilled trades through mentorship, career services and job matching.
• • A new Labour Mobility Deduction, which would provide tax recognition on up to $4,000 per year in eligible travel and temporary relocation expenses to eligible tradespersons and apprentices. This measure would apply to the 2022 and subsequent taxation years.
• • $2.5 million in 2022–2023 for Employment and Social Development Canada to launch a new union-led advisory table that brings together unions and trade associations. The table will advise the Government on how to help workers navigate the changing labour market, with a particular focus on skilled mid-career workers in at-risk sectors and jobs.
• To highlight the value of skilled trades workers and the wide range of supports available to build a successful and fulfilling career in the trades, the Government launched an advertising campaign earlier this year to promote the skilled trades as first choice careers for young people. The campaign website (Canada.ca/skilled-trades) provides Canadians with information about what the skilled trades are, how to become a tradesperson, and what financial supports are available to them while in training.