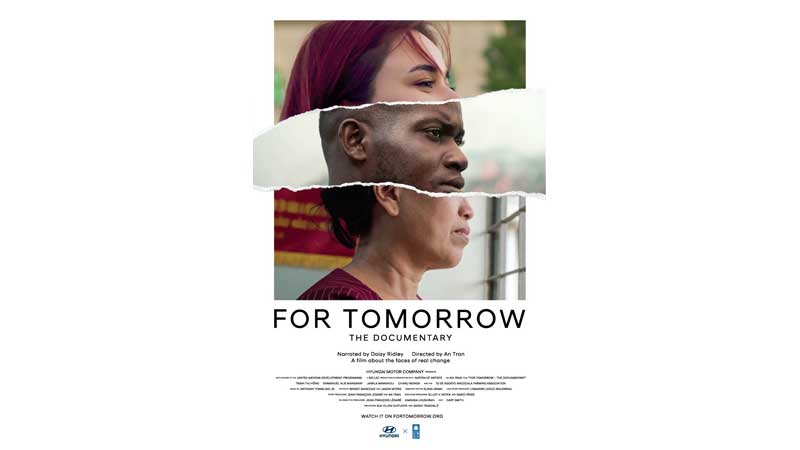 - The feature-length film shines a light on the challenging journeys of five grassroots innovators around the world who embody the belief that 'anyone can be an innovator and build a more sustainable future'.
- It premiered at the Lincoln Center in New York City in close proximity to the United Nations General Assembly.
- It is narrated by Star Wars actor Daisy Ridley, directed by An Tran, and executive-produced by Elliot V. Kotek.
- It will be released on YouTube and available to view on Amazon Prime Video in select countries. -

Showcasing the notion that 'anyone can shape the future,' the film shines a light on the challenging journeys of five grassroots innovators. All five have had a profound impact on their communities and dedicate themselves to making the world a better place. Filmed by local crews in Vietnam, Sierra Leone, Azerbaijan, Peru, India, Korea, United States and Guinea during the pandemic, the film beautifully demonstrates how bottom-up innovation must be included to fight our most urgent sustainability challenges around the globe.

Narrated by 'Star Wars' actor Daisy Ridley, directed by An Tran and produced by award-winning documentarian Elliot V. Kotek, the film's New York premiere included opening speeches, panel discussion and media Q&A. Starting September 16, it will be released on the 'for Tomorrow' YouTube channel and will also be available to stream on Amazon Prime Video in the United States, the United Kingdom, Canada, and other markets coming soon.

"It's an incredible honor for me to be the voice of 'for Tomorrow,' an inspiring story on grassroots innovators around the world finding solutions to combat the sustainability challenges we all face," said actor Daisy Ridley who narrated the film.