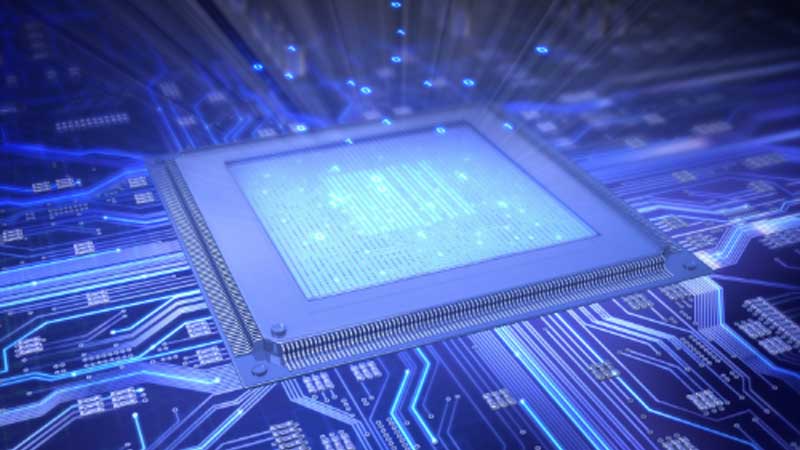 Quantum science and technologies are at the leading edge of research and innovation, with enormous potential for commercialization and game-changing advances, including more effective drug design, better climate forecasting, improved navigation and innovations in clean technologies. The Government of Canada is committed to supporting the continued growth of this emerging sector as it helps drive Canada's economy and supports highly skilled, well-paying jobs.

Today, the Honourable François-Philippe Champagne, Minister of Innovation, Science and Industry, announced the launch of Canada's National Quantum Strategy, which will shape the future of quantum technologies in Canada and help create thousands of jobs. Backed by an investment of $360 million committed in Budget 2021, the strategy will amplify Canada's existing global leadership in quantum research and grow Canada's quantum technologies, companies and talent.

Minister Champagne was joined at the launch by Dr. Raymond Laflamme, professor in the Department of Physics and Astronomy and Canada Research Chair in Quantum Information at the Institute for Quantum Computing at the University of Waterloo, and Dr. Stephanie Simmons, associate professor in the Department of Physics and Canada Research Chair in Silicon Quantum Technologies at Simon Fraser University and founder and Chief Quantum Officer of Photonic Inc. Drs. Laflamme and Simmons will serve as co-chairs of a new Quantum Advisory Council, which will provide independent expert advice on the implementation of the strategy.

The missions will be advanced through investments in three pillars:

• Research—$141 million to support basic and applied research to realize new solutions and new innovations
• Talent—$45 million to develop and retain quantum expertise and talent in Canada, as well as attract experts from within Canada and around the world, to build the quantum sector
• Commercialization— $169 million to translate research into scalable commercial products and services that will benefit Canadians, our industries and the world

Efforts under the strategy are already under way. To reinforce Canada's research strengths in quantum science and help develop a talent pipeline to support the growth of a strong quantum community, the Natural Sciences and Engineering Research Council of Canada (NSERC) is delivering an investment of $137.9 million through its Alliance grants and Collaborative Research and Training Experience (CREATE) grants.

Mitacs will deliver $40 million to support the attraction, training, retention and deployment of highly qualified personnel in quantum science and technology through innovation internship experiences and professional skills development.

The Quantum Research and Development Initiative (QRDI), a new $9 million program coordinated and administered by the National Research Council of Canada (NRC), is being established to grow collaborative, federal quantum research and development. QRDI will bring government—offering expertise and infrastructure—and academic and industrial partners together to work on advancing quantum technologies under the three missions of the National Quantum Strategy.

To help translate quantum science and research into commercial innovations that generate economic benefits and support the adoption of made-in-Canada solutions by businesses, the NRC is receiving $50 million to expand the Internet of Things: Quantum Sensors Challenge program and roll out its Applied Quantum Computing Challenge program. As well, Canada's Global Innovation Clusters are receiving $14 million to carry out activities as part of the Commercialization pillar.

The quantum sector is key to fuelling Canada's economy, long-term resilience and growth, especially as technologies mature and more sectors harness quantum capabilities. Jobs will span research and science; hardware and software engineering and development, including data engineering; manufacturing; technical support; sales and marketing; and business operations. The government will continue working with Canada's quantum community to ensure the success of not only the National Quantum Strategy but also the Canadian scientists and entrepreneurs who are well positioned to take advantage of these opportunities.

"Quantum technologies will shape the course of the future and Canada is at the forefront, leading the way. The National Quantum Strategy will support a resilient economy by strengthening our research, businesses and talent, giving Canada a competitive advantage for decades to come. I look forward to collaborating with businesses, researchers and academia as we build our quantum future."
– The Honourable François-Philippe Champagne, Minister of Innovation, Science and Industry

• According to a study commissioned by the NRC in 2020, it is estimated that, by 2045, the Canadian quantum industry, once quantum technologies take hold, will be a $139 billion industry (including all economic effects) and account for 209,200 jobs.
• The Government of Canada has invested more than $1 billion in quantum since 2012. These foundational investments helped establish Canada as a global leader in quantum science.
• The National Quantum Strategy was developed following thorough public consultations through stakeholder roundtables and an online survey.
• A number of investments have already been announced through existing government programs, and additional partners are preparing their quantum programs for launch.
• Innovative Solutions Canada has awarded four contracts valued at a total of $2.1 million to test quantum sensing, communications and computing solutions developed by Xanadu Quantum Technologies Inc., CogniFrame Inc., Photon etc. Inc. and Zero Point Cryogenics Inc.
• To date, NSERC has awarded 17 grants valued at $1.5 million over three years and expects to announce further results of its quantum initiatives in the coming months, including the Alliance International Quantum grants, Alliance Quantum grants, Alliance Consortia Quantum grants and CREATE grants.
• The NRC has launched Challenge programs to support collaborations with academia and industry that help drive commercial innovation and build on Canada's position as a global leader in quantum technologies.
•   The Internet of Things: Quantum Sensors Challenge program is focused on developing revolutionary sensors that use the extreme sensitivity of quantum systems to enhance measurement precision and sensitivity rates and even expand the kinds of phenomena that can be measured.
•   The Applied Quantum Computing Challenge program is working to build capacity in quantum algorithms and software, as well as establish collaborative research and development projects with academia and industry to efficiently simulate complex physical systems, delivering new technologies for human health, climate change and advanced materials.
• The governments of Canada and the United Kingdom have jointly launched a call for proposals open to organizations from Canada and the UK that wish to form project consortia for collaborative projects focused on developing innovative products, processes or technology-based services in the area of quantum technologies. The call is delivered by the NRC's Industrial Research Assistance Program and Innovate UK.