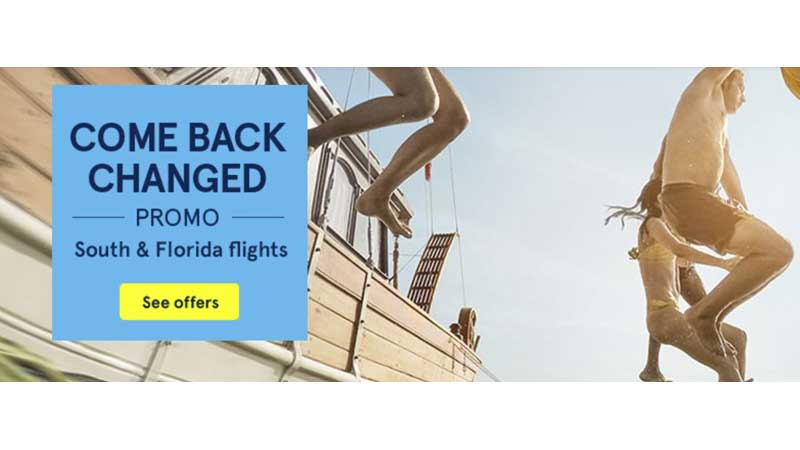 Air Transat launches a new promotional campaign today: Come Back Changed. Inspired by the belief that travel has transformative powers, it aims to demonstrate the importance of travel and its ability to transform not only our way of being by expanding our horizons, but also our state of mind. This clever advertising campaign supports the airline's new brand positioning and its tagline: Travel Moves Us.

Developed in collaboration with creative agency Sid Lee, the campaign features a short video featuring Maggie, a traveller who has just returned from a trip down South. Before her vacation, she was at the end of her rope; she needed a reset. We find out how her vacation with Air Transat worked and changed her for the better.

"Come Back Changed is the latest expression of our new brand role, which is to foster openness, says Joseph Adamo, Chief Sales and Marketing Officer at Transat. It's a concrete example of how travel can open us to the world and be transformative, regardless of the reason for the trip."

"The campaign focuses on the traveller, not the season, which is unusual in the travel industry, adds Brian Gill, Creative Director at Sid Lee. Rather than simply saying "Escape Winter", Come Back Changed is about the benefits of travel on the individual and how it brings us closer to our best selves."

Rolled out in Quebec and Ontario, the campaign includes a 30-second and 15-second video as well as a 30-second audio ad in English and French. The video is available online on YouTube as well as on various digital platforms while the radio ad, featuring a similar story, can be heard primarily in Montreal, Quebec City and the Greater Toronto Area. The multiplatform campaign can also be seen online in consumer and trade media.

The Come Back Changed promo

For the launch of its new Come Back Changed promotion, Air Transat invites Canadian travellers to recharge their batteries with attractive offers for flights and packages in the tropics. Roundtrip flights to the South start at $399, one-way flights to Florida start at $150 and South packages start at $889.